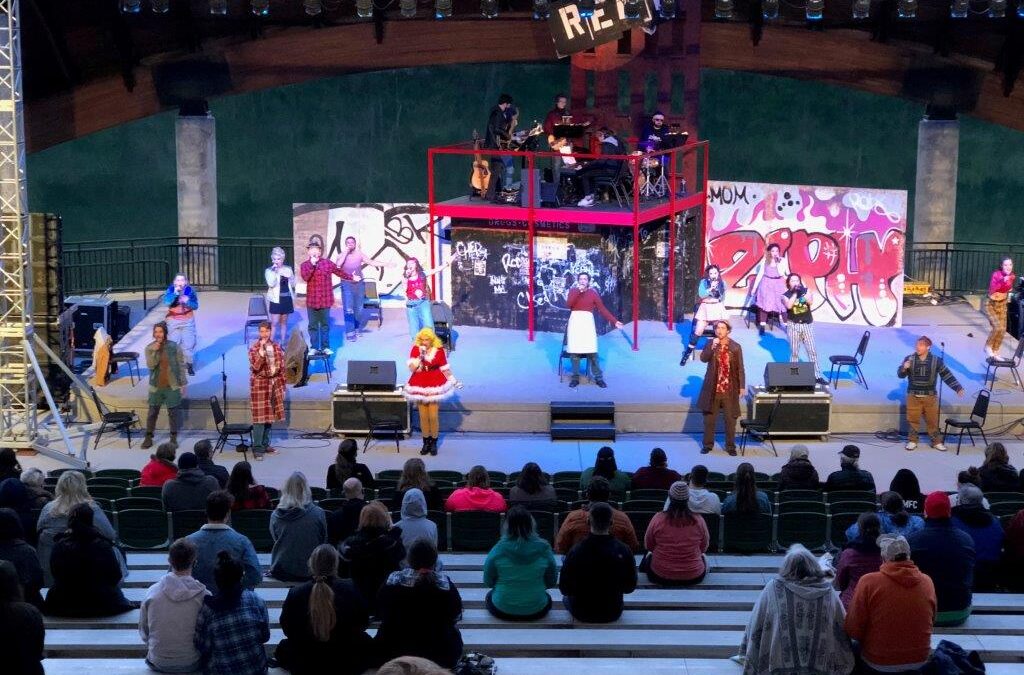 Vincent Kitch, director of arts & cultural development for the city of Morgantown, said he believes 2022 will be the year a revitalized Ruby Amphitheater comes into its own.

“This will be a scale that it’s going to be what people have been hoping for the last couple years,” Kitch said during a recent work session with the Monongalia County Commission. “We’ve already got some great headliners, some national acts that are names that people will be like, ‘Oh, I know who that is.’ ”

Those acts are coming courtesy of more than $1.8 million in grant funding from the Hazel Ruby McQuain Charitable Trust, $325,000 of which will help finance what Kitch called the “Ruby Summer Concert Series” most Friday nights this summer.

For inspiration, Kitch and company looked about 20 miles down I-79, to Fairmont’s Palatine Park, which has garnered some notoriety with its Saturday concert series.

“We’re going to be partnering with Fairmont and Marion County in marketing because they have a brand and they’re already doing it. So we believe that if they’re going to be Saturday night and we’re going to be Friday night that we should be working together and try to promote that so that we serve the whole region,” Kitch said.

As part of his presentation, Kitch asked the commission to consider providing some financial support for the concert series and/or events like a follow up to last summer’s successful July 4 celebration, which, according to Kitch, saw 5,000 or more revelers on the riverfront to take in the fireworks.

Commission President Tom Bloom said he would like to see collaboration between the city and Monongalia County’s parks, particularly if the county was participating financially. Bloom pointed out that the county’s Mason-Dixon Historical Park and Chestnut Ridge Park have their own summer concert series.

“We just want to be involved. It pains me, and I understand why you would partner with Marion County and Palatine because of that name, but also we have our own stuff here that we would love to work with you next year and market some of that stuff together,” Petsko said.

Kitch said initial plans are to kick off the summer Memorial Day weekend with a festival featuring all local bands. “Then it’ll be pretty much every Friday night. We’re going to have Shakespeare in the park one Friday, but every other Friday night is already tagged to be a concert at the park,” Kitch said.

As for the other $1,480,000 in grant funding given by the charitable trust, it will provide for additional capital improvements to the Ruby Amphitheater, including seating enhancements, lighting and sound support. In January 2018, the Hazel Ruby McQuain Charitable Trust provided $4.1 million for riverfront revitalization, including enhancements to the amphitheater and riverfront park area, including a reworking of the Walnut Street landing.